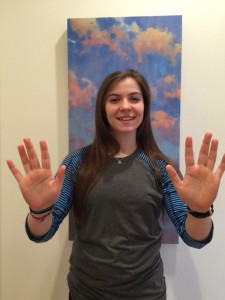 I posted an activity where older children follow symbols on a poster, challenging them to follow the symbols with appropriate movements.  However, that isn’t developmentally what younger children need.  Why?  (You can skip immediately to the activity OR read the why below.)

When does a child’s brain begin to read symbols?

Research shows it starts really kicking in about age 7 to 8.  That’s when the brain takes off to easily connect symbols with what they mean.  But the important thing for younger children is what happens BEFORE that!

Movement is one of the most important things a younger child can do to connect all the different parts of his or her brain, …especially purposeful movement to a steady beat.  And copying movements of others is a super way to do that.

Here is an activity that IS developmentally appropriate for younger children! 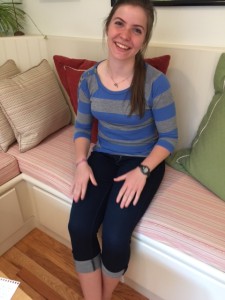 Ask the children, “Can your hands follow my hands?”

Begin patsching (tapping your palms to your thighs) to a steady beat.

Start singing Praise to the Man and do these movements to the song with the children  following your movements.

(And yes, the two videos are in different keys.  Sorry!<grin>)

The patsching helps the children practice steady beat, feel the strength of this song through the beat, and move.  The actions are a concrete way for the children to represent some of the words of the song (a strong way for children to remember).  And it is fun!

After you have sung and moved at least once through the song, ask if there are any children who would like to come up and help you lead the song.  Sing the song again, doing the movements with the children who are up front with you.

Ask those children to sit down, then challenge the children to do the movements only without singing.  You are mouthing the words, but not singing out loud.  It is a great way to increase memory because the children have to “hear” the song inside, not outside.  The children don’t realize they have just experienced the song four or five times because there have been different challenges each time.