Whole to part to whole.

I took a class to learn how to teach music to children in my college days. One of the strong concepts that came out of that class was Whole to Part to Whole: introduce the whole song, focus on a part, then focus on the whole once again.

When I introduced the January song of the month, I wanted the children to hear the whole song, yet be engaged at the same time. Bingo! The activity Silent Video was just the thing.

How does it work? 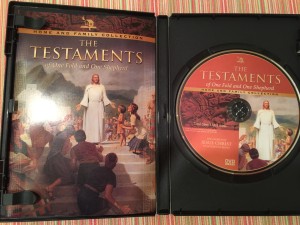 I used the video “The Testaments” and started at scene 16, right where there is a camera shot of the clouds. I turned off the sound of the video and showed it to the children as I sang the song and they watched. I occasionally pointed to the screen and stopped singing long enough to make a short comment like “Look at His hands.” I sang the song all the way through, singing with all my heart so that the children could sense the sacred pleading of faith that shines through this song. Their eyes were glued to the video presentation and their ears were taking in the Whole of the song through the “Back Door.” (I’ll say more about the Back Door in another post.) That day I combined Silent Video with a movement activity to help us learn the song of the month for March. I’m starting early with it because it has several verses and it is a great contrast to the feel of “I Know That My Savior Loves Me.”  (The other activity is coming in my next post.)