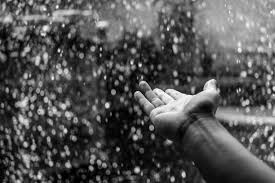 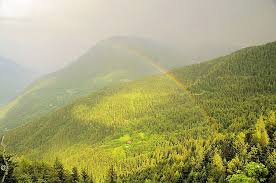 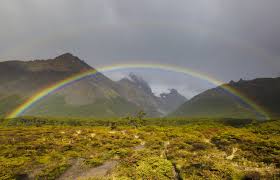 Post some pictures similar to these in the front of the room.  (Make sure to get them out of order.  I found these by googling images of rain, rainbows, earth after rain, and happy children.)

Put the Pictures in Order

Tell the children you must have dropped the pictures on the way to church and have gotten the pictures out of order for the next song!  You would like them to put the pictures in order as you sing the song.

You can stop if a child wants to point out the first picture for you.  Have him or her come up and move the picture to the start, then continue singing.

whenever there is rain.

Continue to sing and have the children come up and put the pictures in order.

Now tell the children they need to turn on their inside cameras.  Point to the pictures and tell them to take a photo with their brain of the pictures because you are going to take one of the pictures away!  Count to 10, then take away a picture.

Give them 10 more seconds to memorize the pictures again and take away another picture.  Have the children describe the picture again, asking them questions to help them notice details. Now ask the children to sing the song again and see both pictures in their mind.

What the children don’t know is that they have heard this song over and over again while they were puzzling out the challenge to put the pictures in order and see them in their mind.  It helps to hear the beat, the rhythm, the melody, and the harmony in the song over and over while they are concentrating on something else.  The song and the words slip into the back door of their memory!